I have listener feedback, a BBB segment, Pagan on the go, an App segment, and rambles. Like you didn’t see that coming. :p

The app mentioned in the podcast:

I hope you enjoy!

The Magic of Oz by: L. Frank Baum
The Royal Book of Oz by: Ruth Plumly Thompson
Glinda of Oz by: L. Frank Baum
Salem’s Lot by: Stephen King
Summer of Night by: Dan Simmons
Insomnia by: Stephen King
The Road by: Cormac McCarthy
While They Slept by: Kathryn Harrison
Myths and Mysteries of New Jersey by: Fran Capo
Instant: The Story of Polaroid by: Christopher Bonanos
First Frost by: Jennifer Estep
Touch of Frost by: Jennifer Estep

I just re-did the layout for the site.  I think this one is lovely! 🙂  What do you think?

I have listener feedback, Pagan on the Go, talk about a new segment, and rambles. 🙂

Check out my Flickr to see the pictures mentioned in the podcast!

I have listener feedback, Pagan on the Go, What I’m Reading, and rambles. 🙂

Link to Fire Lyte’s awesome article:
The Separation of Wand and State

From the What I’m Reading segment:

Listener feedback, a rant segment, and a ramble segment. 🙂  No, it’s not explicit this time.

Listener feedback, a Pagan on the Go segment, and a huge ramble fest. 😛

Listener feedback and Jinni’s service.  Totally unscripted, no notes, off the cuff, and explicit. ^^; Enjoy!

Very short, I have sad news to share.  See you soon.

I have listener feedback, a What I’m Reading segment, a Pagan on the Go segment, and more!

Links mentioned in this podcast:

Also in the episode I give my recipe for hashbrown casserole. Here is that:
1 bag frozen hash browns
2 cans cream of potato soup
1 8oz container of sour cream
2 – 4 cups of cheese.
Combine all ingredients in a big bowl.  Be sure to mix well.  Put into a large greased (or Cooking sprayed) baking dish.  Bake for one hour at 400.

I go into a bit more detail in the podcast about prep if you are interested.

See you next time!

I have listener feedback, a herb segment on Patchouli, and a large ramble fest. :p

I have listener feedback, a book review of The Crystal Bible by Judy Hall, and some rambles. :p

I hope you all enjoy this podcast.  See you next time. 🙂

Very short, but more next time. 🙂

Come on in, sit down, relax and stay awhile!

Vote for me on Podcast Alley!

I'm a proud to be Pagan Enough!

This is a wonderful site run by HedonsDog.  Need to know where to find something in a specific podcast? Go here! 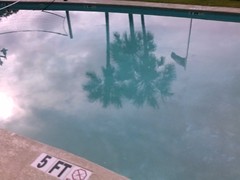 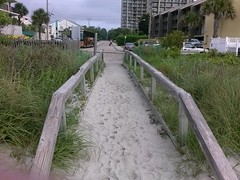 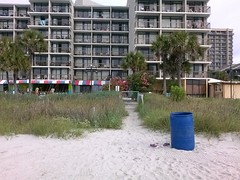 The iPod Witch podcast
Create a free website or blog at WordPress.com.